Success – Top 5 reason why someone succeeds or stays the same.

Hey guys, Kane Dewhurst here from Vida Tennis. I was reading this great article on success by Mike Robertson and thought I would share it with you all. It can related your chosen sport or just life in general. You can read more of his work at http://robertsontrainingsystems.com

The other day, Eric Oetter and I sat down for coffee. He had been touring Europe for the previous two weeks, so it was great to get caught up on what was going in life.

Towards the end, we got on the topic of continuing education, and what we were reading right now to get better.

At the end, EO looked at me and said:

“What drives a guy like Bill Hartman to get better?”

Keep in mind, Bill is in his upper 40′s, has become and absolute monster of a physical therapist, and still reads and learns more than anyone I know.

So how does someone like that stay on the top of their game?

Here are the top five reasons I can think of that someone either gets better and reaches elite levels, or stays the same, or even regresses in life.

In the area where my wife and I built our house, the builder didn’t leave a lot of top soil.

What’s worse is the underlying soil is very clay-based and doesn’t have a lot of nutrients.

As a result, it’s very hard to get strong, healthy grass there. Quite simply, it doesn’t have the foundation to be successful.

Your mindset is no different.

If you don’t have the right mindset as to why you can be rich, strong, successful, etc., chances are you won’t be.

It starts with that fertile ground of your mind. If you’re operating with the wrong mindset, you will not develop into the person you know you are capable of.

Here are just a few things that people say who operate from the wrong mindset:

“I have bad genetics.”

“I’m better than them – I should be where they are at.” 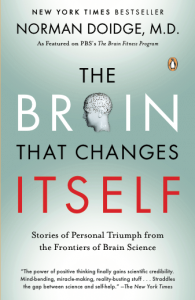 The Brain That Changes Itself

Whether it’s playing the victim role, blaming your issues on a lack of talent or genetics, or operating from a scarcity mindset, you must stop this in your tracks.

I’m reading a book now called The Brain That Changes Itself, and the overarching theme is on the neuroplasticity of the brain.

Quite simply, your brain can change and reorganize itself – and this includes your ability to shift your mindset!

You can actually rewire your brain to have more positive thoughts. Here's how: http://t.co/gpCLbY34s4 #neuroplasticity

If you’re serious about achieving all of your dreams and goals, you need to start with a mindset of richness and abundance.

But that’s just the starting point. What’s next?

Some people love the easy route.

They love quick fixes, or the proverbial “magic bullet.”

They want something done for them.

But the best of the best?

They know that whatever they want to accomplish is worth while, and that it’s going to take some hard friggin’ work on their part to get there.

Whether your goal is to develop world-record strength, become rich and famous, or just live a happy and successful live, you’re going to have to work at it!

Allowing yourself to be comfortable would mean you never push the weights in the gym.

You never force yourself to read that book that’s just a little bit beyond your current understanding.

Or you never reach out and try to meet new people, or experience new things in life.

When I think of hard work, something I always try to remind myself is to become comfortable being uncomfortable.

This is obviously easy to understand in the gym environment. If you’ve never been scared, anxious, or nervous about a workout before, then you need to get there.

This feeling of unease or discomfort is a good thing.

It means you’re growing, developing, and getting a little closer to your true potential.

And while work ethic is critical, there’s a little more to it than that.

Work ethic is all fine and dandy, and there’s no doubt you need a healthy dose of it to achieve your goals in life.

But here’s the thing – I’ve seen tons of people demonstrate work ethic for a short period of time.

It’s easy to get in, go balls out for a few weeks, and really get after it.

But what happens when that initial enthusiasm wears off?

Or your progress starts to slow down a bit?

Or things start to get really hard?

This is where we all get into trouble. At this point in time, we have to truly be dedicated to our end goal if we want to achieve success. 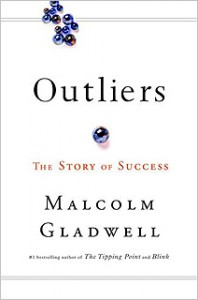 Malcolm Gladwell in his book Outliers: The Story of Success cites famous examples such as the Beatles and Bill Gates who spent at least 10,000 hours on their specific craft before achieving expert status.

Now we could debate until the cows come home about the 10,000 hour rule and if it’s perfect or not, but I think that misses the point.

Whether you subscribe to the 10,000 hour rule or not is irrelevant. What we need to focus on is that if you don’t dedicate yourself to your craft for an extended period of time, you will not reach your goals!

The key to being successful in (or out of) the gym is to marry yourself to your craft.

The best of the best do something on those days they feel “off.”

Dedicate yourself to building both your body and your mind, and you’ll be on the path to a better you as a result.

You’ve got a mindset of growth and abundance.

You work hard to get better, and you’re dedicated to the end result.

And what’s worse, they have no qualms letting you know that you are different, crazy, or flat out weird.

How do you think that’s going to influence your ability to achieve your goals?

Like it or not, negative people or surroundings are going to hold you back. What’s worse is that sometimes these are the people that we are closest to in life.

However, put yourself in the right environment, or around the right people, and you can literally explode your success. 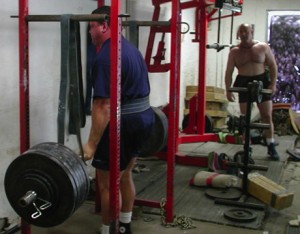 When I think of your environment, I’m reminded of the old Westside Barbell Club.

Doing so pushed the entire group to newfound levels of success. As the saying goes, “A rising tide lifts all boats.”

A couple of times per year, I think it’s important to reflect upon not only where we’re at in life, but also the people we’re surround with as well.

Are the people surrounding you positive influences on your life?

Are they pushing you to newfound levels of success?

Or are they holding you back and stunting your growth?

Sometimes this reality check is brutal in what it reveals, but no one said that being great was easy.

The last factor is arguably the most critical, along with the one you have the least control over.

While all of the above factors are great, you have at least some control over all of them.

But at the end of the day, if you’re serious about being great, or being the best, you need to have a deep, burning desire that lies at your core. 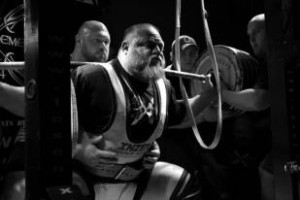 Matt Wenning is a guy I grew up powerlifting with and always had a deep respect for.

It only took a few weeks of hanging around Matt to figure out why he was successful.

He rarely drank at parties.

He went home early to rest up for training sessions.

And we would help him load up the squat bar to whatever weight he wanted to hit at his next meet, so he could sit there and visualize it.

Matt went on to become a collegiate national champion, and later on, a world record holder.

At the end of the day, you have to have something deep inside you that pushes you to move when all you want to do is rest.

I firmly believe we all have this – we just have to find that one thing that we are most passionate about to unearth it.

So there you have it – my five big factors for success.

Think of it like a hierarchy – if you don’t have the foundation (i.e. the right mindset) you need to start there.

From there, do your best to work your way up the scale.

And while we we may disagree on where certain factors should rank, I think it’s hard to argue that all of these are critical for long-term success.